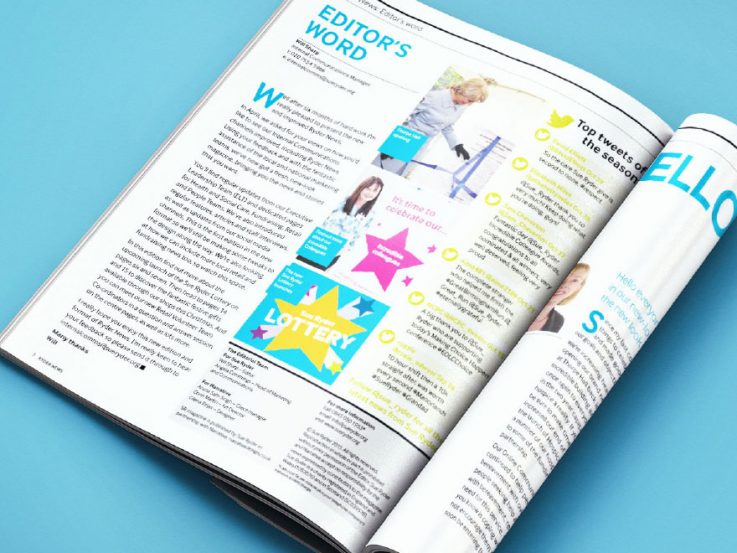 Done well staff magazines are a great internal comms channel especially when a majority of your staff are dispersed across the country like Sue Ryder and don’t always have access to a computer. We’ve been working on the staff magazine for a number of years now. The original RyderNews was designed as a newspaper in style, size and stock. Like a newspaper once read it was easily discarded.

Last year as part of the staff survey the team asked how the paper could be improved, what was liked and disliked about Ryder News. Overall the feedback was very positive, staff liked hearing about what going on across the organisation, but they wanted to hear more from senior managers and understand more about the strategic direction of the charity.

Taking on board the feedback and in collaboration with the team we settled on a new direction that would be less newspaper and more Sunday supplement in look and feel.

Immersing ourselves in the world of all things magazine-y we came up with a creative that gave subtle nods to the design elements so popular with magazines in the treatment of headings, paragraph styles and sign offs. The structure of the new RyderNews was also more considered. Each department would have its own spread, with breaker pages for news items. The new magazine would be more feature led using full bleed imagery to tell the narrative. 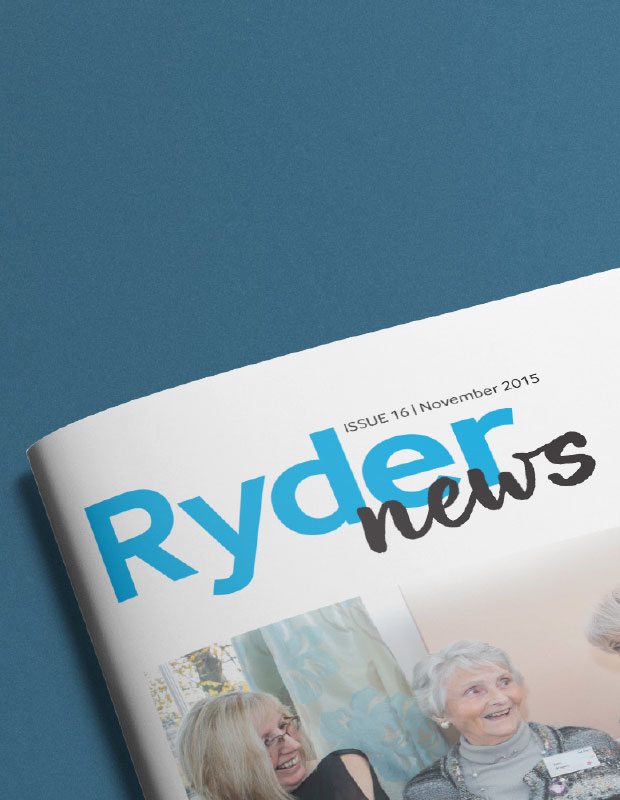 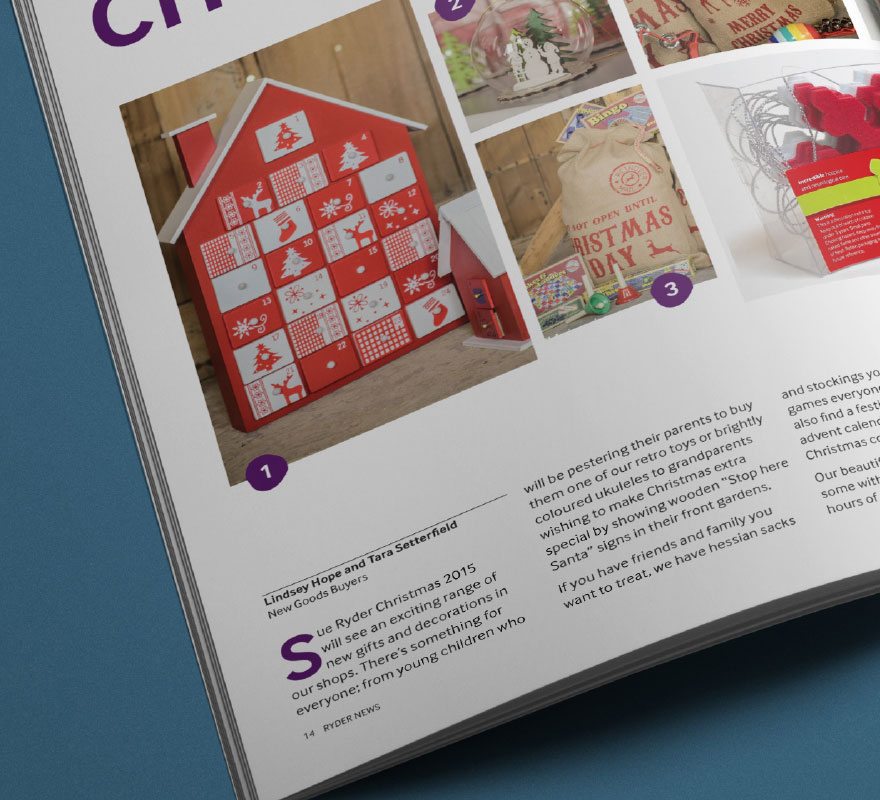 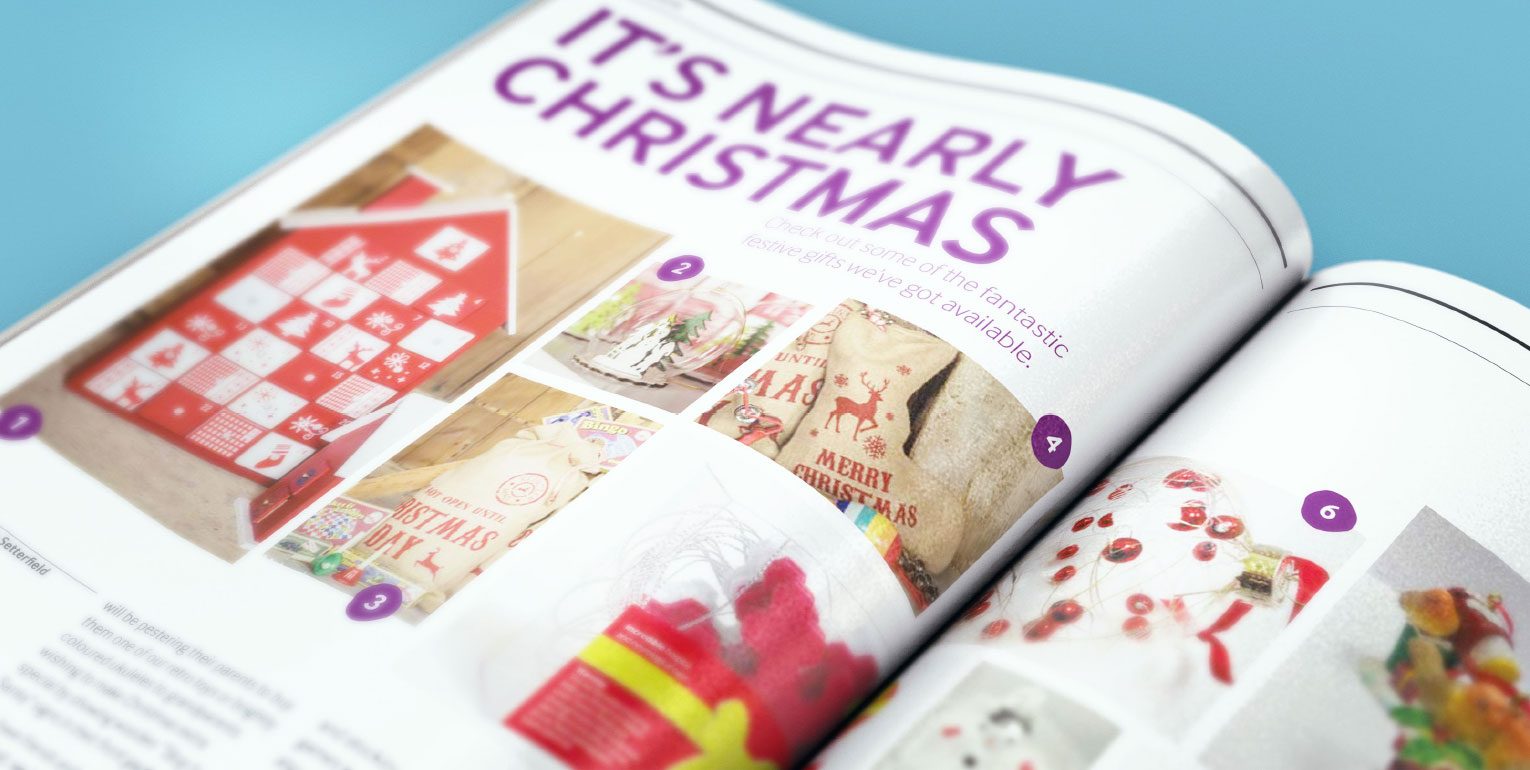 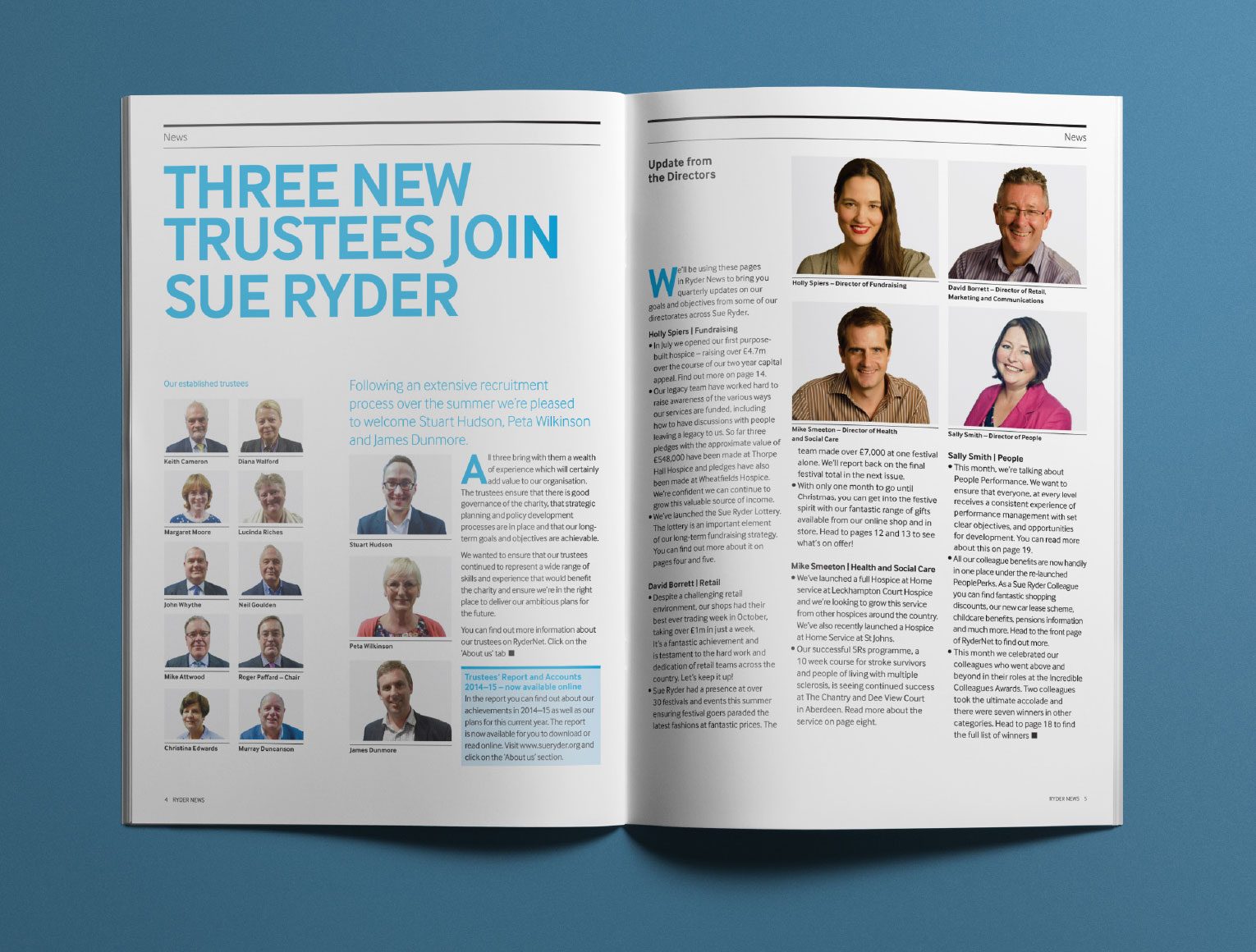 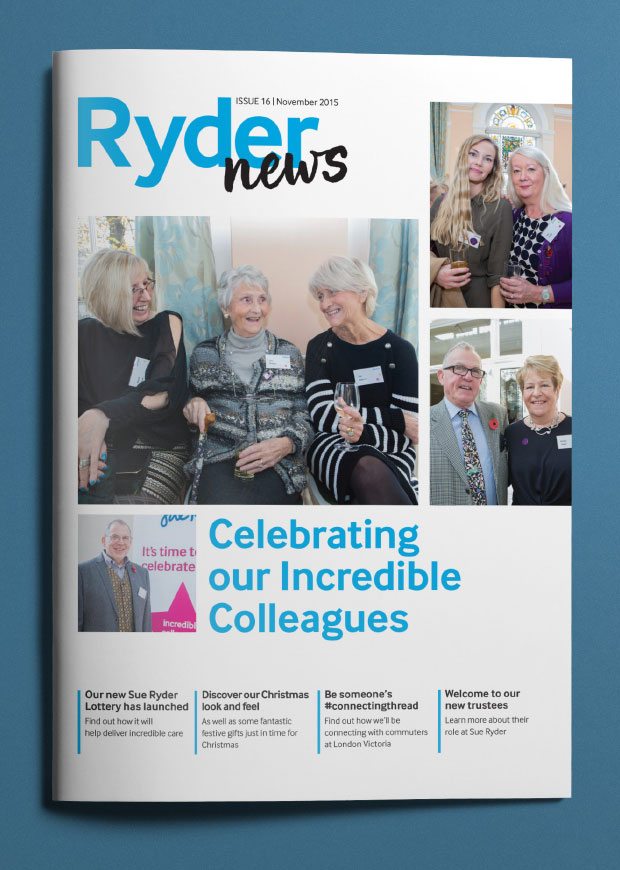 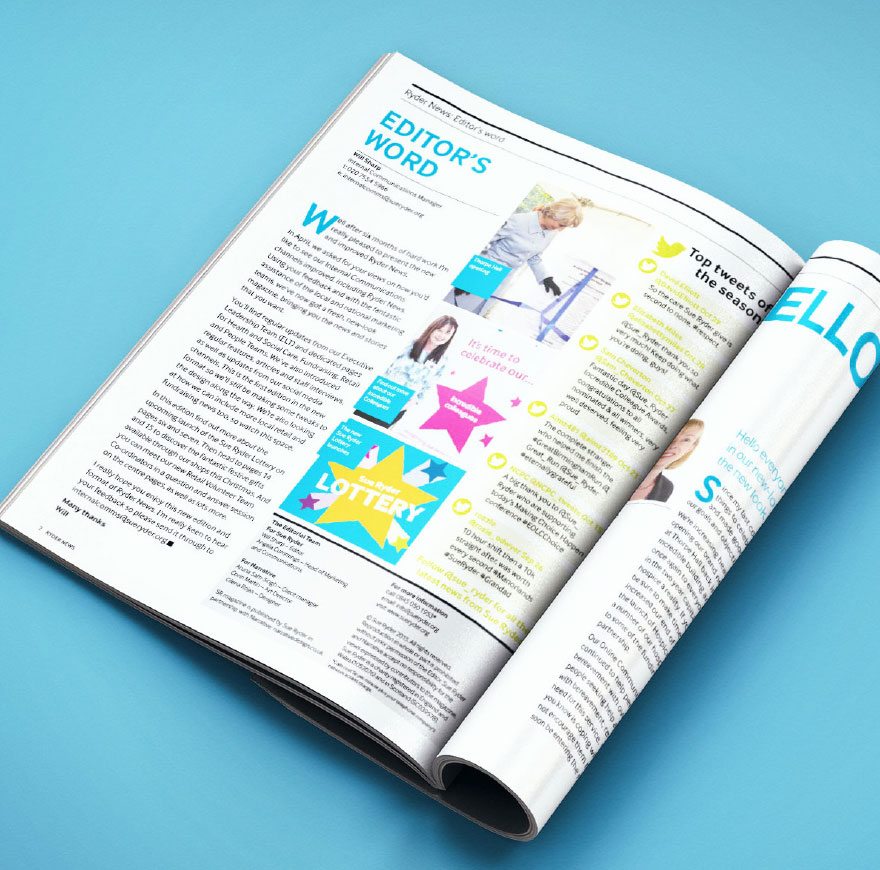 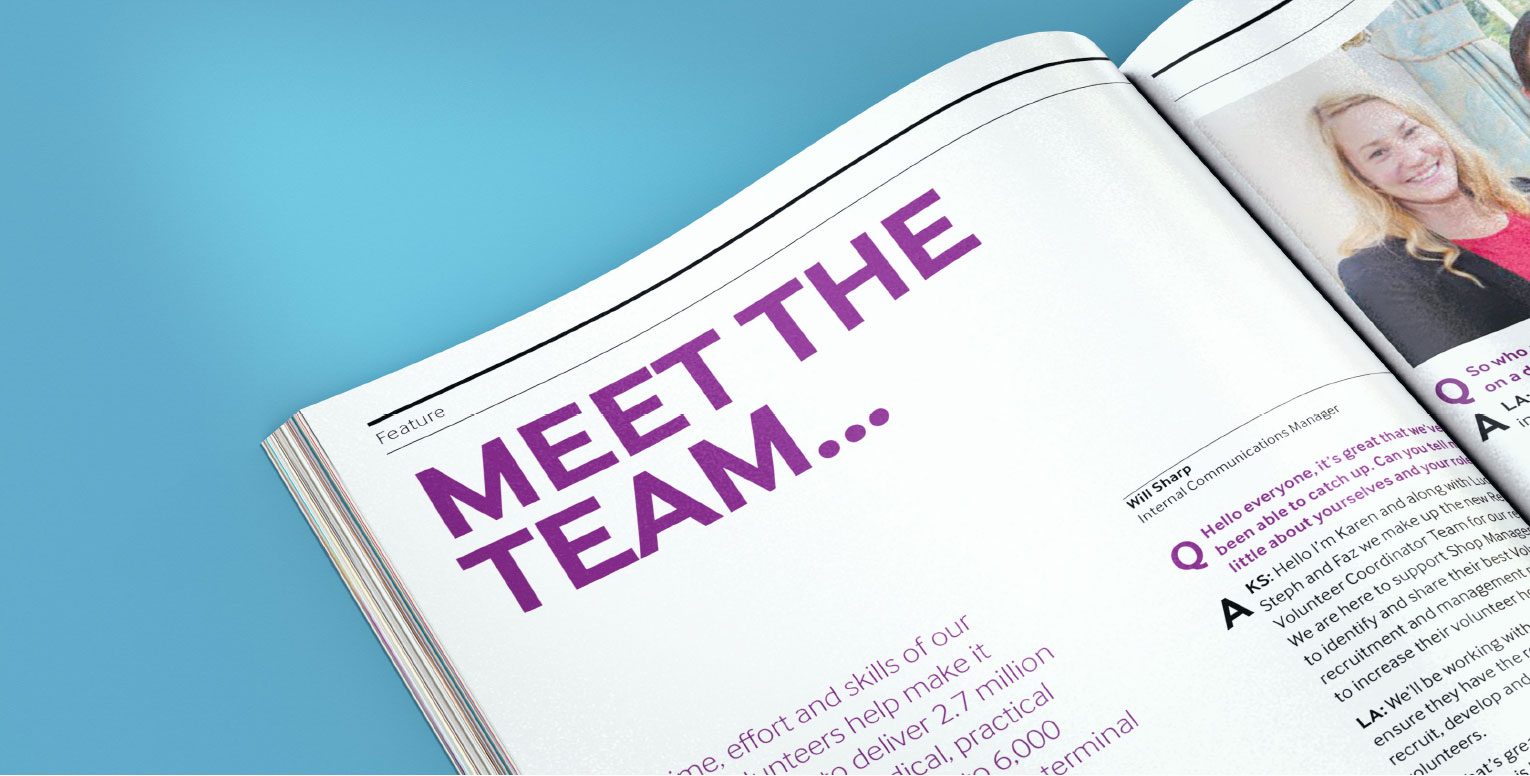